The Role of Plastic at Tesla’s Gigafactory

In the quest to mass produce affordable electric cars, billionaire Entrepreneur Elon Musk has invested $5 billion to build a Gigafactory in Nevada, USA. The factory is designed to manufacture batteries that are the heart of the electric vehicles. In order to make his vision a reality, plastics were used extensively throughout the factory in machines, batteries, and solar panels. Let us look at the role that these plastics have played at Tesla’s Gigafactory. 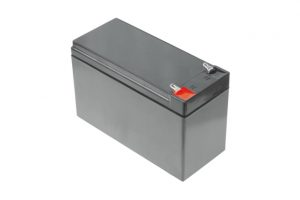 The main purpose for the inception of Gigafactory and a vital part of Tesla’s electric vehicles is Lithium battery. The company produces complete production cells including separators. As per Plastic News, separators are a part of all modern lithium batteries and are made from pieces of thermoplastic film. Even thou these thin films of sheers are out of sight and small they help to separate the anode and the cathode. This ensures that the batteries function smoothly and efficiently. 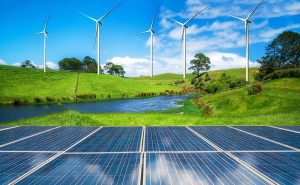 The Gigafactory is utilizing renewable green energy that is generated from solar panels on the factory’s roof. The solar panels are constructed using solar polymer cells which are created using plastic. The turbines that generate electricity from solar energy are also made out of plastic. It is safe to say that plastic is playing a vital role in powering the factory. 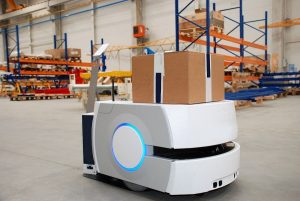 The Gigafactory has multiple fascinating elements, one of them is the high use of automation and autonomous indoor vehicles. These AIV’s can easily move raw materials and finished good inventories in the factory and are designed to be self-navigating. These vehicles come in different shapes, sizes and have different functionalities. This is made possible because many of them are made with advanced level plastics. 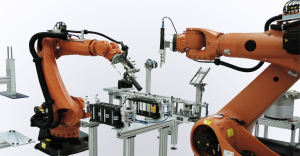 Plastics have been playing a huge role in the functionality and the built of these robots. Whether plastic casings for computer hardware, plastic tubings for multiple operating fluids, plastic have a major role when it comes to the battery assembly process in the factory. The robots that assemble the lithium batteries make use of plastic and computer technology extensively.

It is clear that highly complex plastics are playing a huge role in the rapid development of electric vehicles in the Gigafactory and will continue to push the envelope of innovation in the coming years. If you are in the plastic industry, then Plastivision is a great platform for you to showcase your product range and network with industry professionals. Book your booth today!

« $53.5 Billion Forecasted for Electronics & Consumer Goods Plastics Market by 2025
5 Reasons Why ABS Plastic is an Ideal Choice for 3D Printing »