How Robotics Empower the Plastics Industry 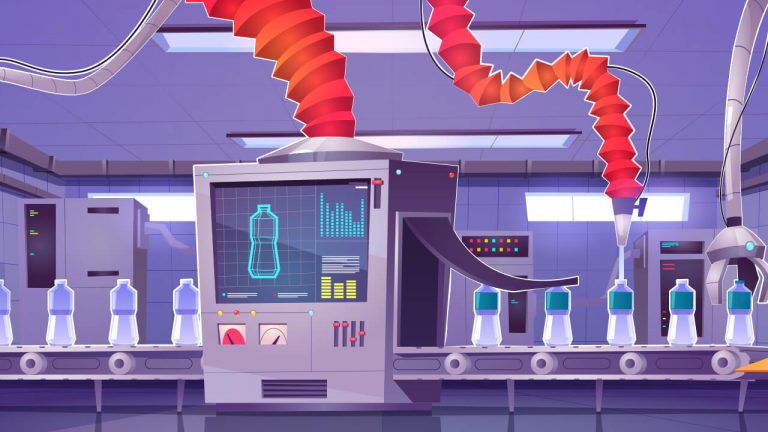 Whether it is plastic bottles being blow molded into their distinct shapes, or laptops being spray painted with a plastic coating at their place of production, the world within the plastic industry is rife with robotics.

Across the globe, 367 million metric tons of plastics were estimated to have been produced in 2020—and that was in pandemic time, when production decreased from the normal. To keep up with this exponential rate of catering to the thousands of industries that require plastics components, manual labour by itself is untenable.

The logical and natural solution for the industry, for the last several decades, has been artificial intelligence. Here are 4 reasons why robotics inform and improve the plastics industry.

The immediate advantage of a robot over a human is their potential to work in tight spaces, minimizing factory space and maximizing the output. The robots nowadays can orient themselves in a variety of angles, with some of them having several joints to work with. The human equivalent in labour would accrue repetitive strain injuries (RSI) on their back and joints just to keep up to a reasonable pace.

For actions such as welding, blowing, and high-volume sorting ove production lines, the stress on the human posture can be unbearable over the long factory hours, The industry’s standard are six-axis robots, which are programmed to traverse in the x, y, and z planes, mimicking closely—and in faster motions—the human arm, one reason they are ideal for taking over production lines.

Due to advances in robot programming tools, many robots used in production lines can track human hand motions and then mimic them at higher speeds. The precision, low error-rate, and speed cannot be replicated by humans, which is why the quality of work tends to outshine any alternative.

With improved labour costs, speed of production, and low error rate, the companies that adopt large-scale robotics tend to outperform the companies that don’t. Especially important is injection molding, which is preferred by most manufacturers to produce plastic components at high volumes. Profit margins rise in tandem with the regularity at which decision-makers purchase relevant plastics manufacturing robotics.

In the long run, the adoption of robotics in the industry has led to all-round development in all aspects of the industry. There can be no doubt that, in the burgeoning post-pandemic situation, the companies that want to recover lost ground should research the best robotics available for their respective contexts.